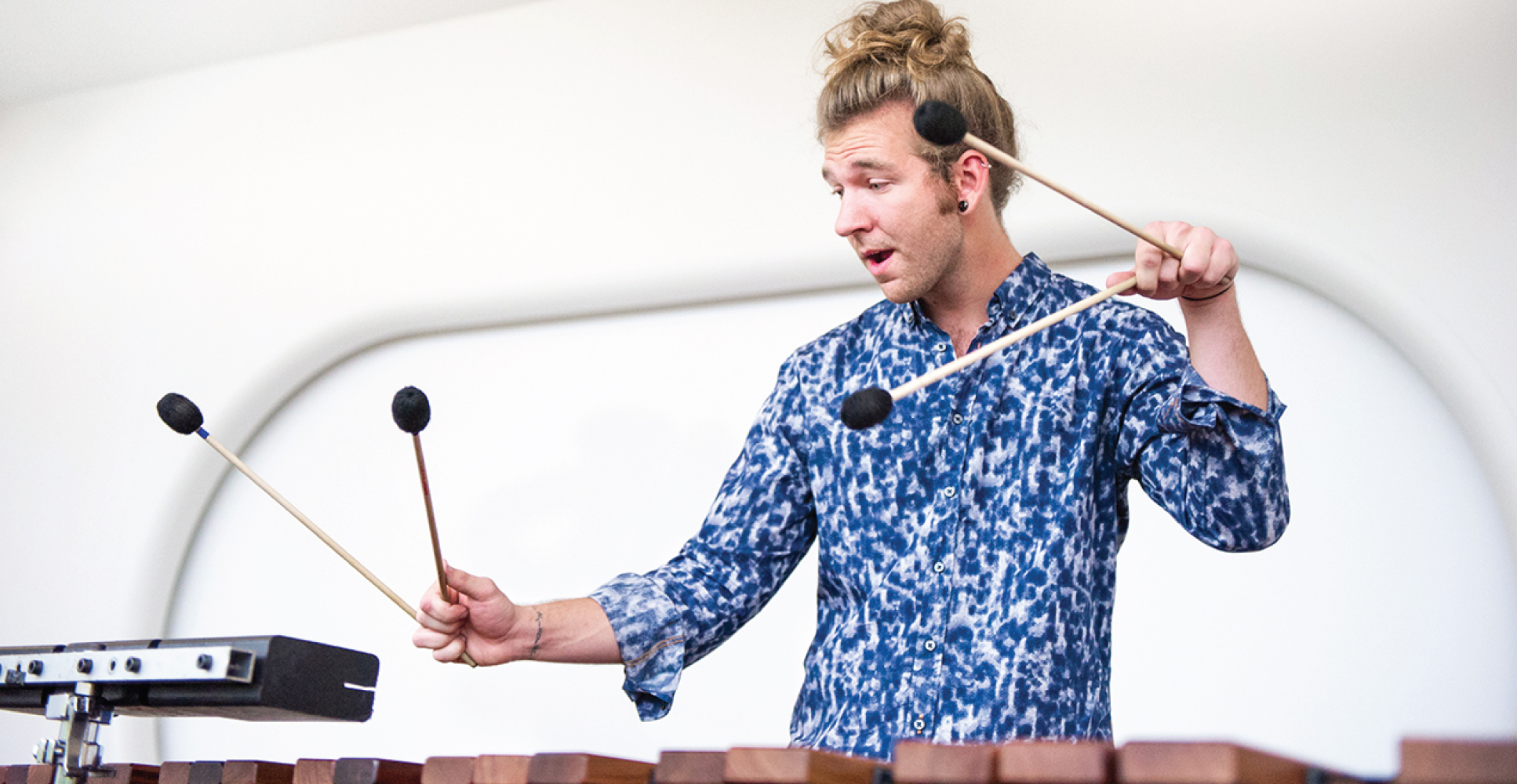 Alexander Smith (MM 2018) was selected for the 2018 TROMP International Percussion Competition in the Netherlands. This is one of the biggest solo stages in the world for a percussionist his age and he is 1 of 30 selected, 1 of only 5 from the United States.

Student apply in May and compete against percussionists from around the world.

“No other solo percussion festival that has this much visibility and they have an age limit making it primed for students,” said Andrew Bliss, associate professor of percussion.

Smith is in good company; other U.S. members include a DMA student from Eastman, and a member who placed 2nd in the 2017 PASIC Solo Competition.

Being selected will put Alexander on an international stage against some of the foremost emerging percussion performers. The judging panel features prominent names in percussion from all over the world and each performer has to arrive with 4-5 rounds of repertoire learned and often memorized.

Alexander will spend the summer and fall completely focused on preparing for these performances. He will do so in Bern, Switzerland where he is beginning an artist diploma program after graduating from UT last Spring.
See the official 2018 TROMP announcement.
Tags:
Alexander Smith, Andrew Bliss, TROMP International Percussion Competition, University of Tennessee School of Music
Share:
next article